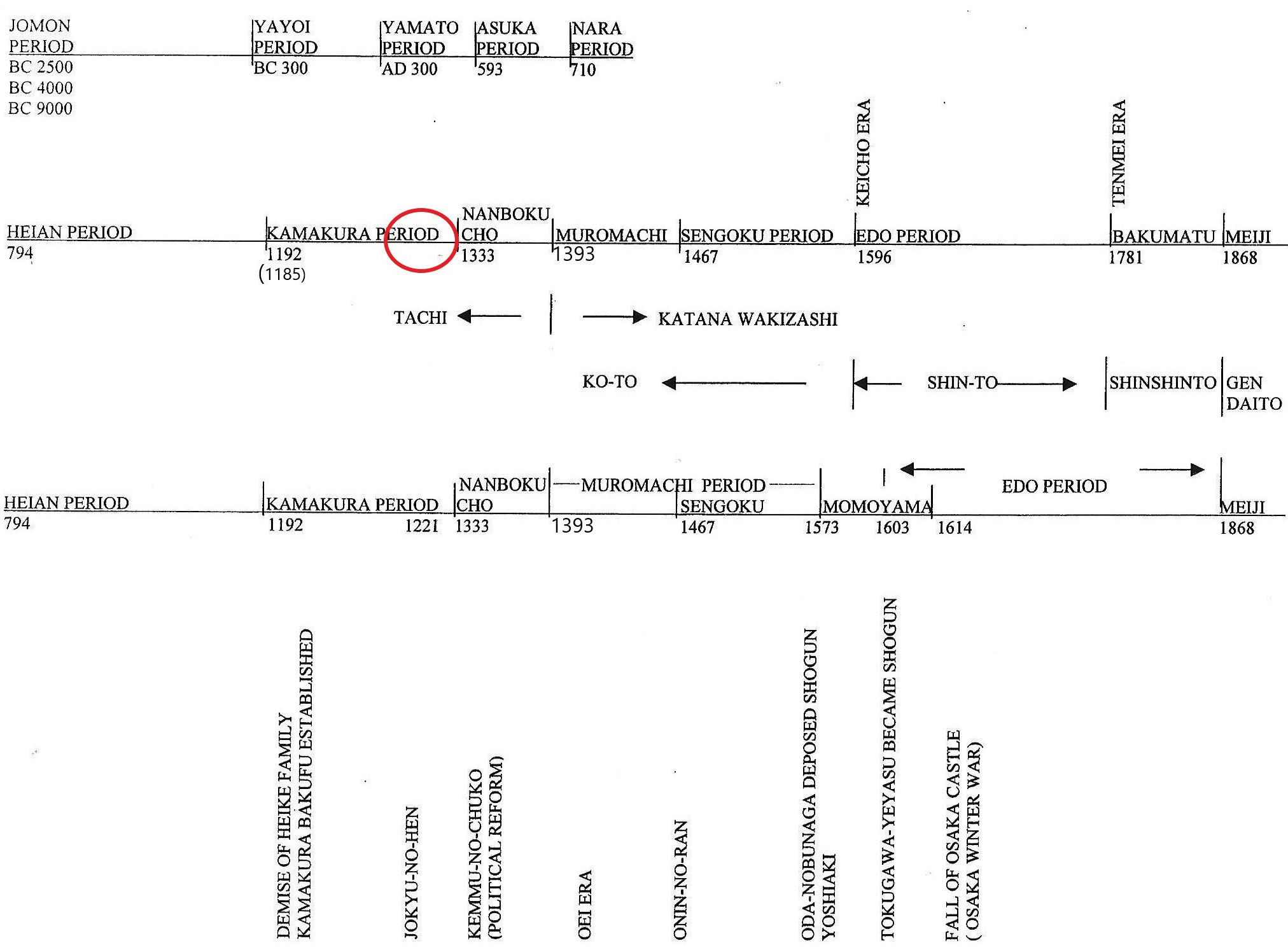 The beginning of the Soshu style

A new sword style called Soshu Den emerged after the Mongolian invasion in the latter part of the Kamakura period.  Kamakura region became prosperous under the rule of the Hojo family (北条).  Many swordsmiths moved to Kamakura.  Those people were Kunituna (国綱) group from Yamashiro area and Fukuoka Ichimonji Sukezane (福岡一文字助真) and Kunimune (国宗) from Bizen area.  They are the origin of Soshu Den (相州伝).  A star swordsmith, Goro-Nyudo-Masamune (五郎入道正宗), appeared during this time. 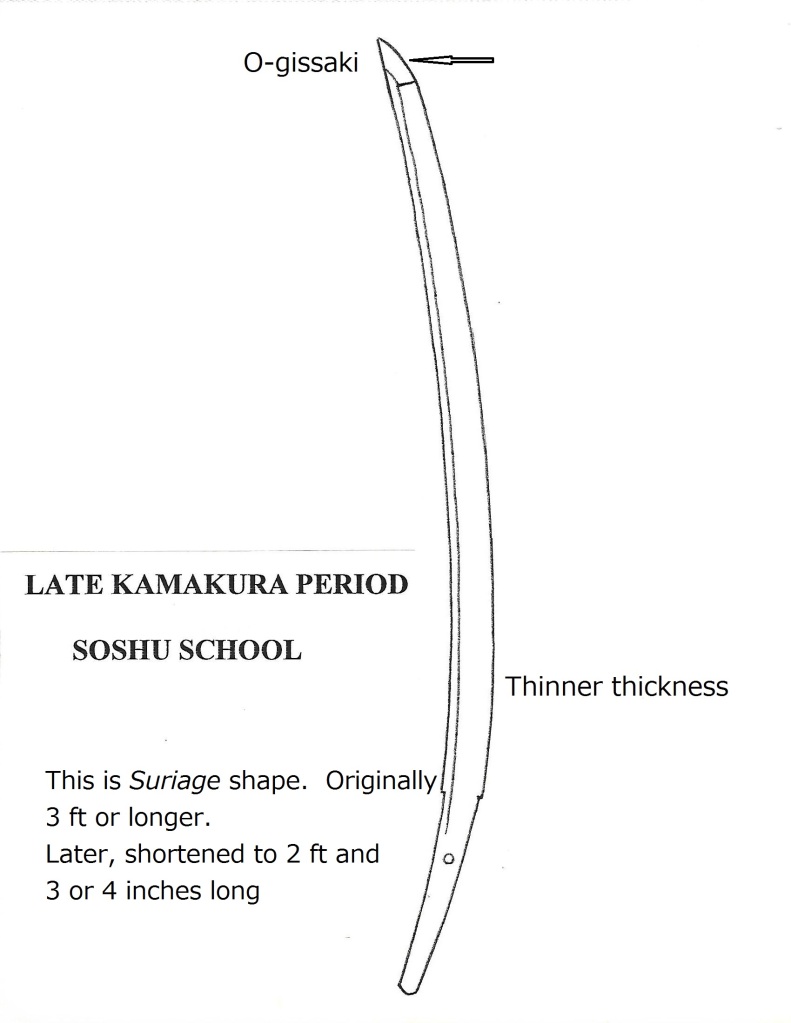 Shape (Sugata 姿) ——- O–kissaki (large-kissak: 大切先) and Chu-kissaki (medium kissaki: 中切先).   The tip of Hi ends lower (see below illustration).  Hamaguri– ha was no longer in style.  The body became thinner.  The original length was approximately 3 feet or longer, but the majority of them were shortened to 2 feet and 3 or 4 inches at a later time.  The shortened sword is called O-suriage (大磨上). 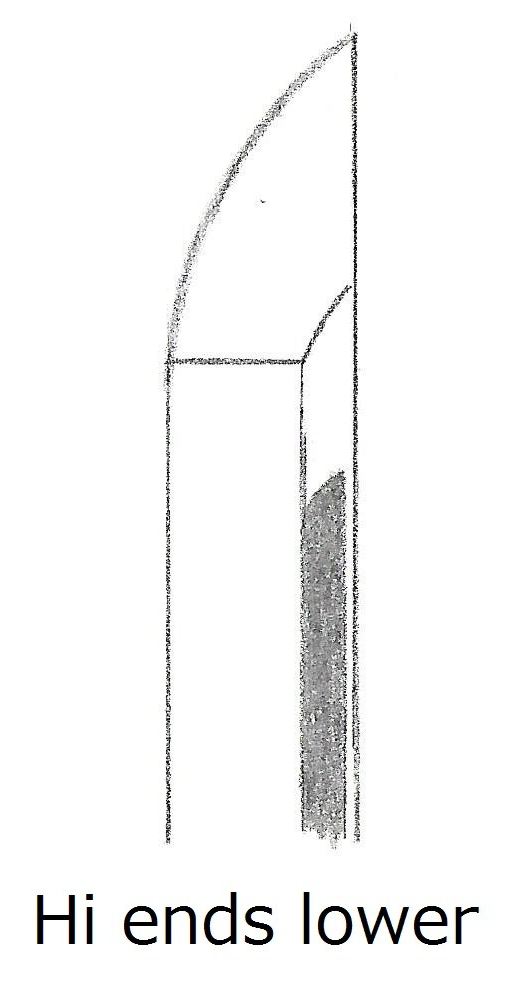 Narrow Hamon ——- A mix of Suguha (straight) and Ko-choji (small clove-like pattern), and Ko-gumome (small half-circle like pattern).  Small Nie base. (shown below)

Wide Hamon———– Notare-midare (wavy), O-gunome.  Nie base.  Ashi-iri (short line toward the blade, the right drawing below).  Inazuma (lightning-like line) or Kinsuji (bright, radiant line) may appear on a tempered line.  However, Inazuma and Kinsuji require trained eyes to be detected.  It is hard for beginners to notice the Inazuma or Kinsuji. 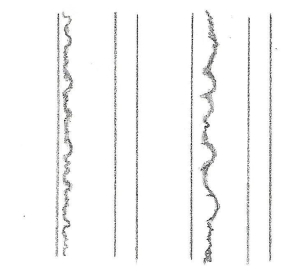 Boshi————- The main body and Boshi has the same type of Hamon.  At the tip of the Kissaki, turn back a little or Yakizume.  You may also see O-maru (large round), Ko-maru (small round), Kaen (flame like), or Nie-kuzure.  See “Chapter 12 Middle Kamakura period: Tanto” for Yakizume and Kaen. 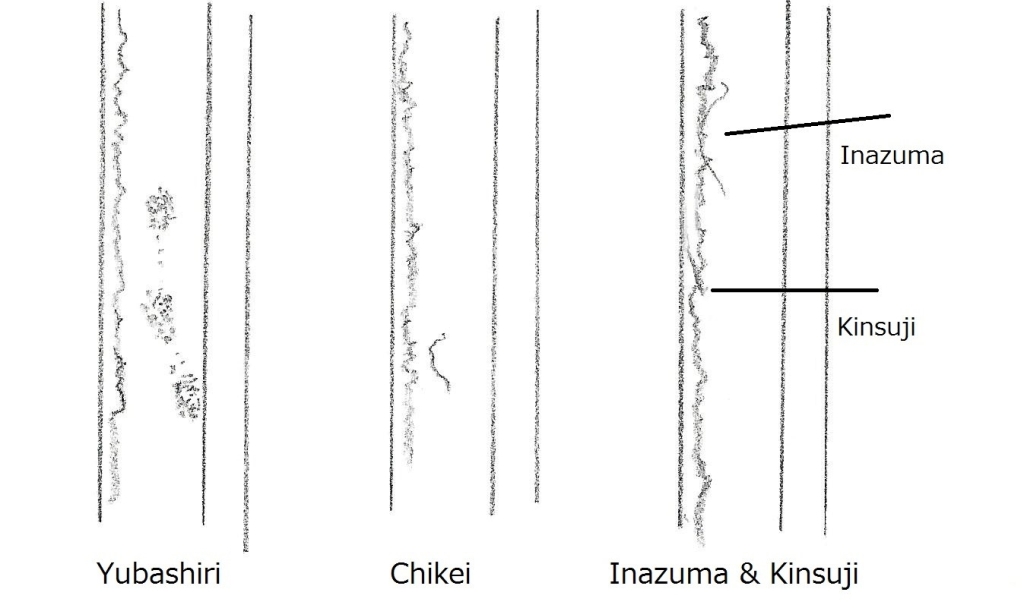 The above three swordsmiths were the origin of the Soshu Den (school) in Kamakura.  Later, Tosaburo-Yukimitu and his son, famous Goro Nyudo Masamune appeared.

More  Soshu Den swordsmiths other than above 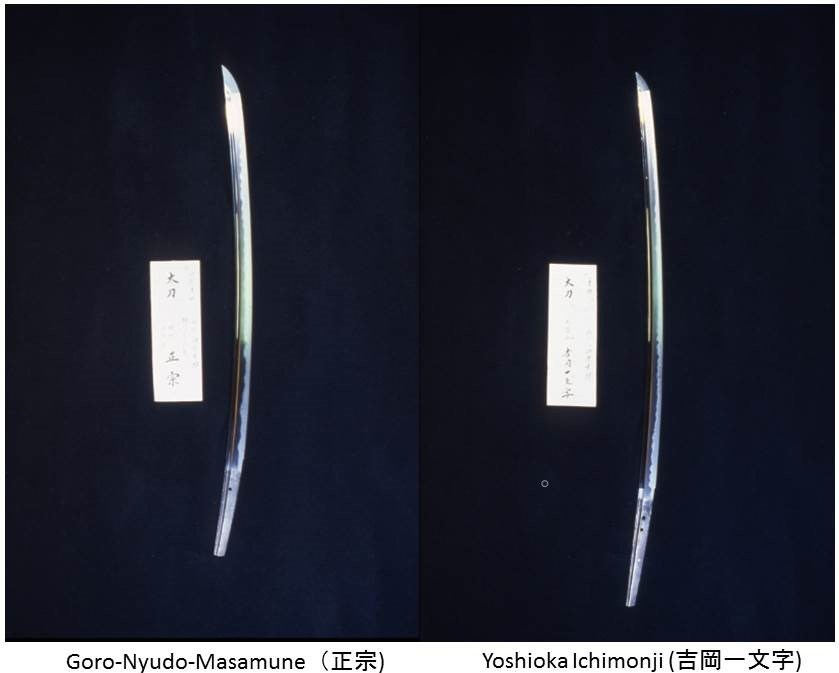 Once owned by my family 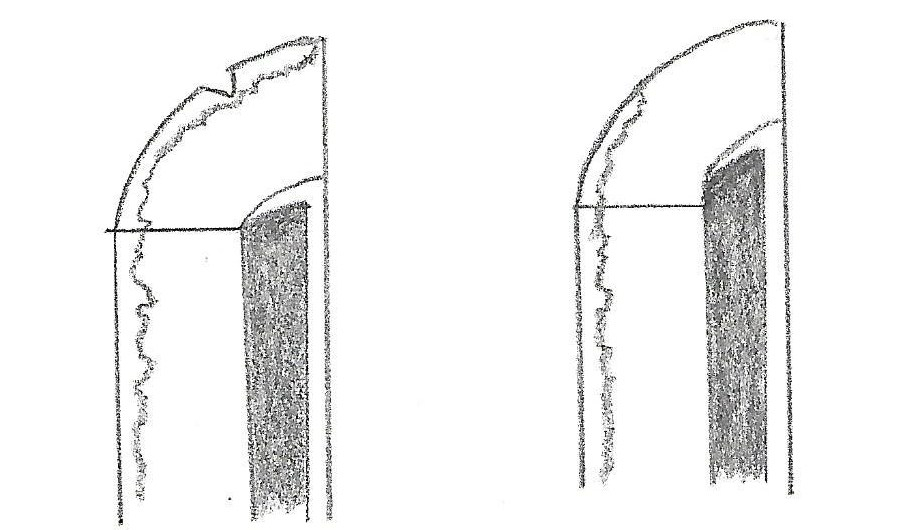 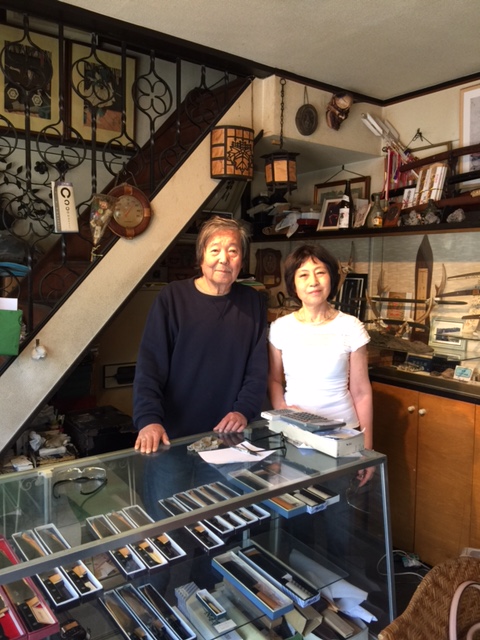 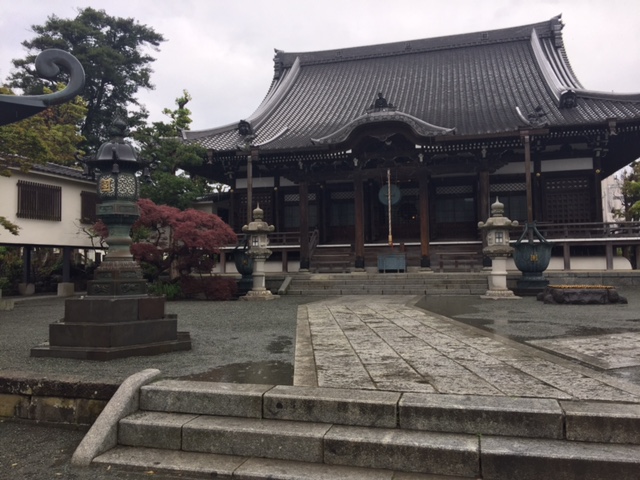