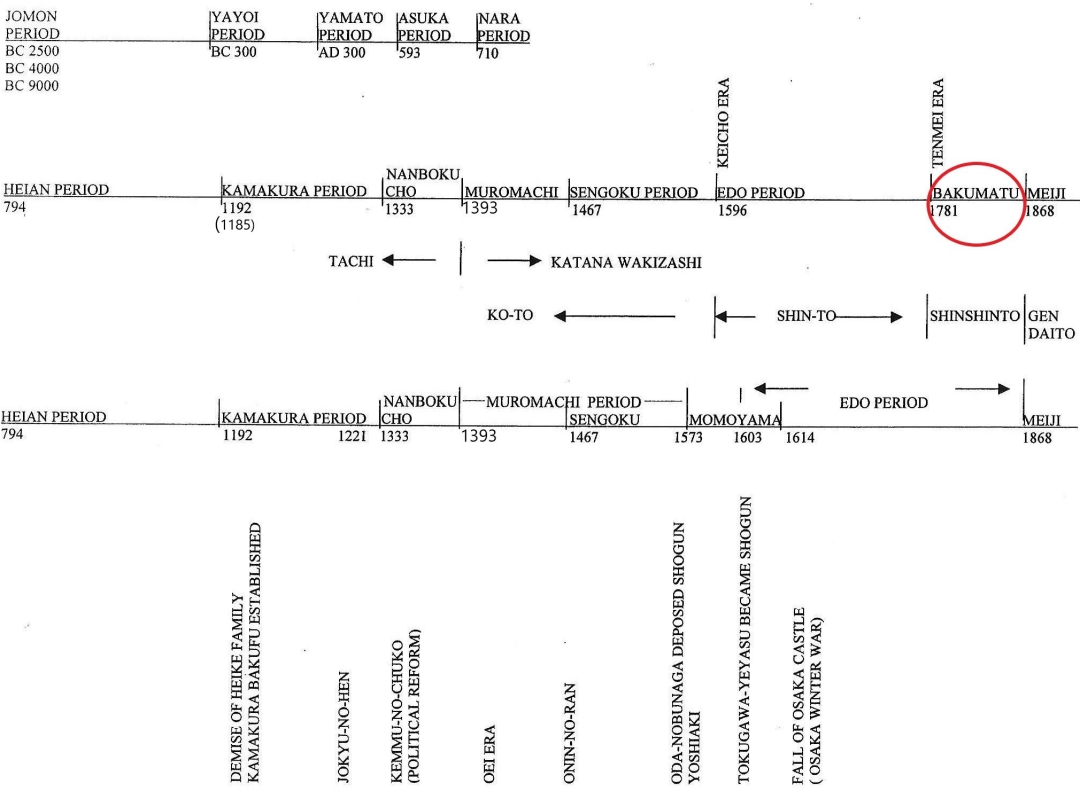 The red circle indicates the time we discuss in this section

The later part of the Edo period is called Bakumatsu.  See the circled area of the timeline above.  Swords made during this time are called Shin Shin-to.   They are also called Fukko-to (復古刀: revived sword).  Fukko-to copied the shape, Hamon, Boshi, and other features of the Ko-to and Shin-to swords.  The characteristics of Shin Shin-to (新々刀) and well-known swordsmiths are those below.

The Characteristics of Shin Shin-to 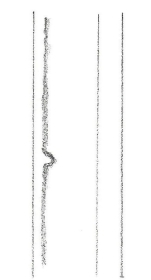 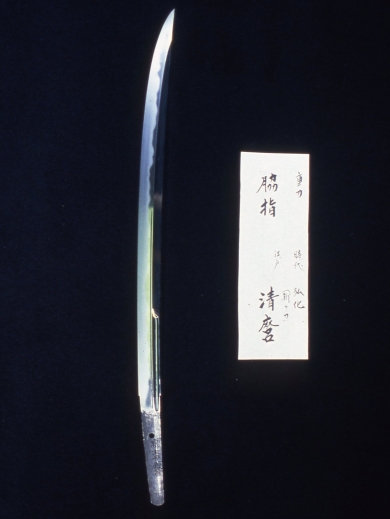 Minamoto Kiyomaro(源清麿)    Once my family possession

Right before the Meiji Restoration, long swords (approx. 3 feet) with no curvature were made.  Sa Yukihide (from Tosa) forged this type of sword.  Saigo Takamori (西郷隆盛)、 Sakamoto Ryoma (坂本龍馬) owned this type of swords.  Both are famous historical characters during the Meiji Restoration, called Meiji Ishin (明治維新).  Both of them were a part of the Kin’no-to (勤皇党) group which supported the Emperor and renewed the political system.