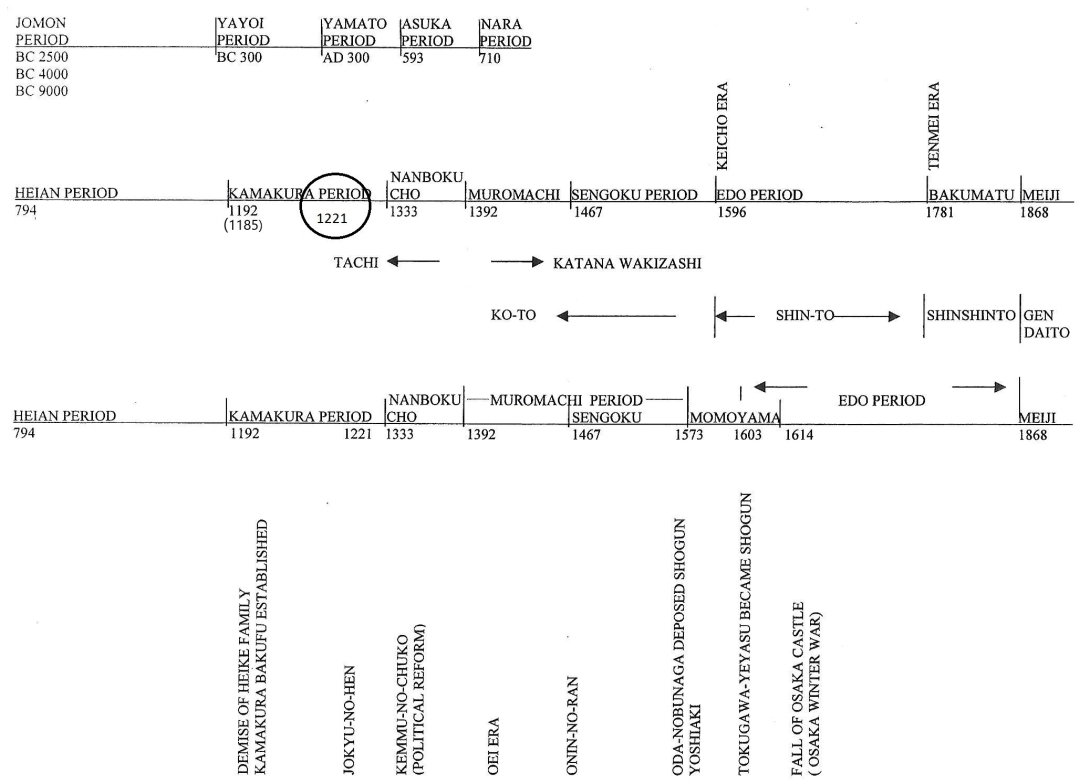 The circle indicates the time we are discussing in this section.

After Minamoto-no-Yoritomo (源頼朝) died, his son, Yoriie(頼家) succeeded in the Shogun position.  But his mother, Hojo Masako (北条政子) Yoritomo’s wife, thought her son was too incompetent．She was afraid that the Kamakura Bakufu (Kamakura government) may be taken over by other force.  To prevent this to happen, she started a council system consisting of 13 people including herself, her father, Hojo Tokimasa (北条時政 ) and her brother, Hojo Yoshitoki (北条義時).  Soon Yoriie’s (present Shogun) in-law became powerful.  During the Heian and the Kamakura period, the wife’s family was considered very important.  To suppress them, Hojo Masako and her father, Tokimasa plotted against Shogun Yoriie and killed him.  After Yoriie’s death, Masako’s younger son Sanetomo (実朝) became the next Shogun.  Now, Hojo Tokimasa’s young wife wanted her son-in-law to be the next Shogun.  Hojo-Tokimasa attempted to kill Sanetomo, bud failed.  Finding this plot, Hojo Masako confined Tokimasa (her father) in prison. Although the Shogun Sanetomo was Hojo Masako’s son,  she was very disappointed in him.  He was also very incompetent.  The Shogun Sanetomo was killed by Kugyo who was the son of the previous Shogun Yoriiee.  After all these incidents happened, Hojo Yoshitoki took control over the Kamakura Bakufu and brought a figurehead from the Fujiwara family (aristocrat from Kyoto).  After all those turmoils, the Hojo family took control over the Kamakura Bakufu (government).

Meanwhile, in Kyoto, Emperor Gotoba had been planning to attack the Kamakura Bakufu.  He had built up the military power.  When Sanetomo was killed, Emperor Gotoba saw the chance to attack Kamakura, he ordered local feudal lords to attack but very few followed the Emperor.  Instead, the Hojo family captured Emperor Gotoba and exiled him to Oki island. This is called Jokyo-no-Ran (or Jokyu-no Hen), at 1221.

Kamakura is about one hour from Tokyo by the train, Yokosuka line.  Both Jufukuji temple and Shirahata shrine are walking distance from the Kamakura station. 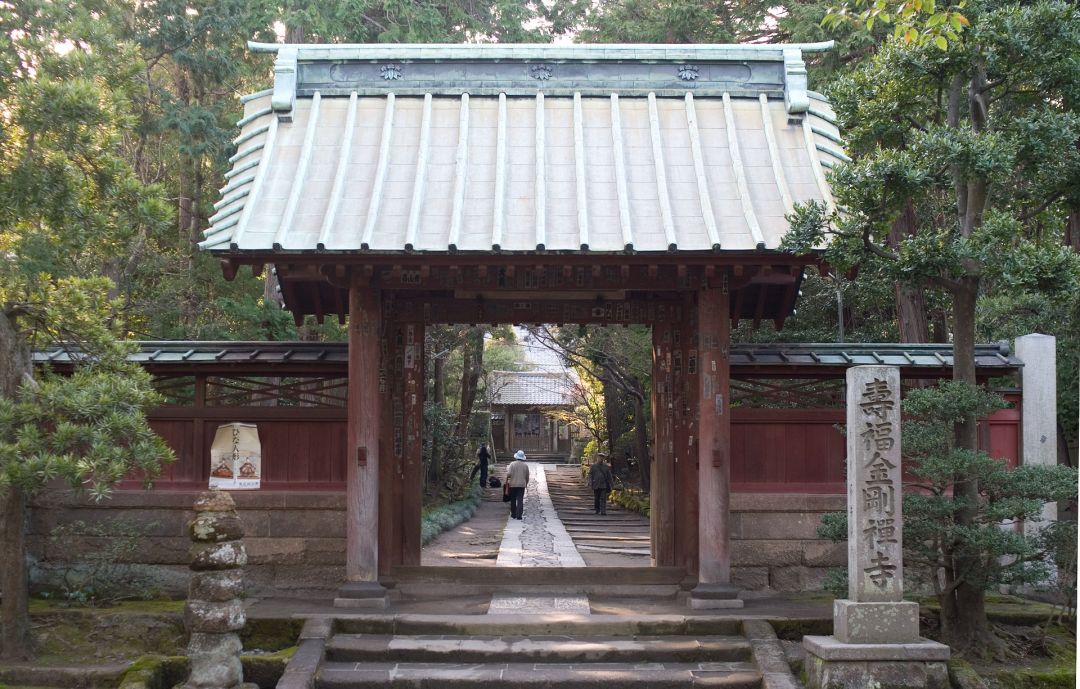 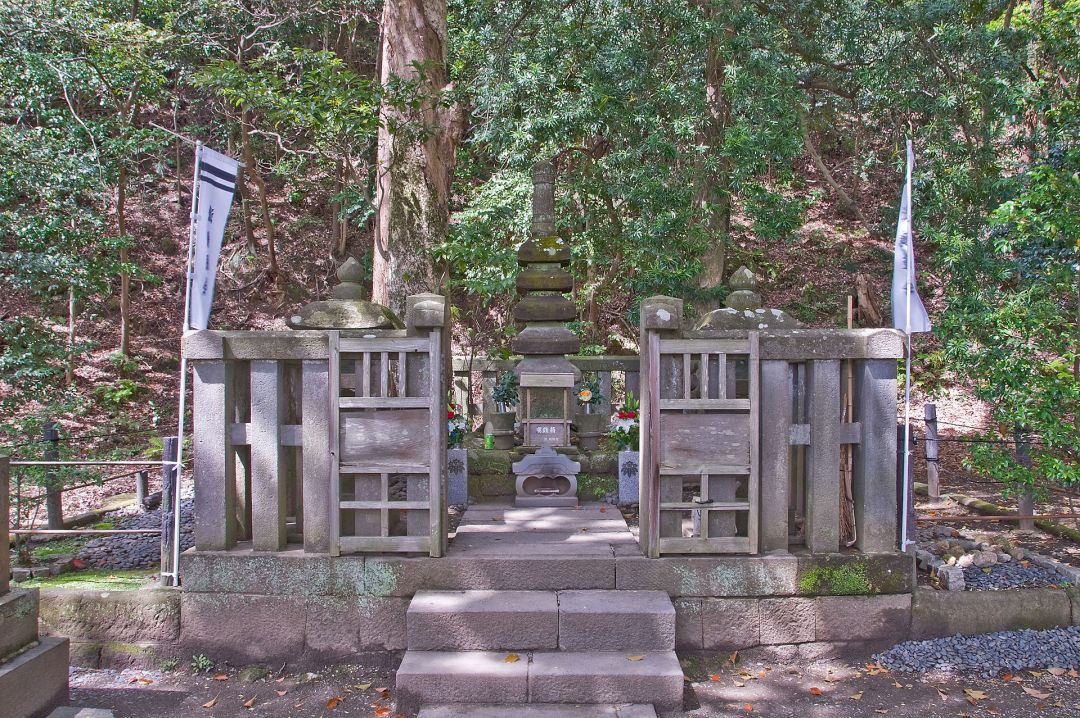