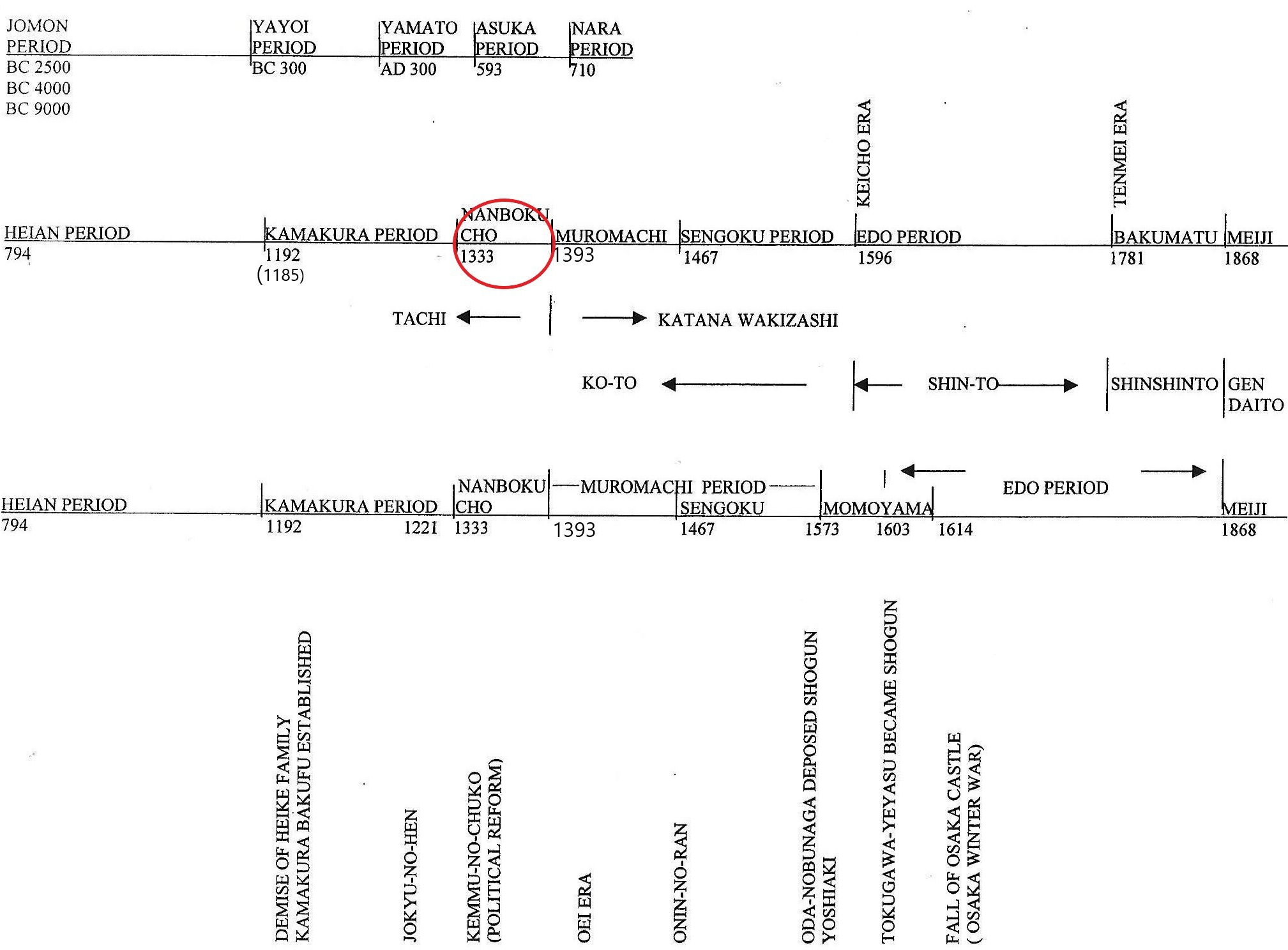 During the Nanboku-cho period, a type of Tanto called Hirazukuri Ko-wakizashi Sun-nobi Tanto was made.  Hirazukuri means a flat sword without the Yokote line and Shinogi.  Ko-wakizashi means a shorter sword.  Sun-nobi Tanto means longer than standard Tanto.  This is also called Enbun Jyoji Ko-wakizashi Tanto.  It is called this way because majority of this type of Tanto were forged around Enbun and Jyoji imperial era.  In Japan, a new imperial period starts when a new emperor ascends to the throne.  The Enbun era was from 1356 to 1361, and the Jyoji period was from 1362 to 1368. 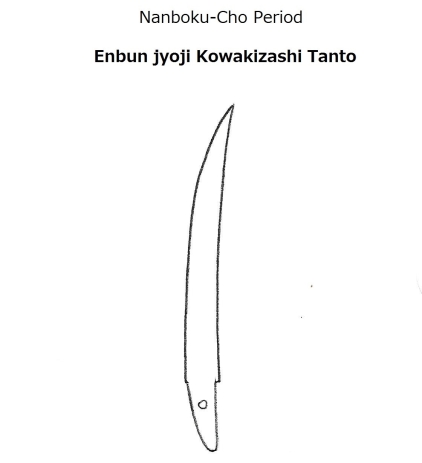 Sugata  (姿: shape) ——-  The length of a standard size Tanto is approx. one Shaku.  Shaku is an old Japanese measurement unit for length and, one Shaku is very close to 1 foot. 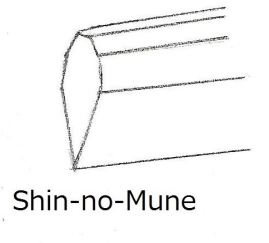 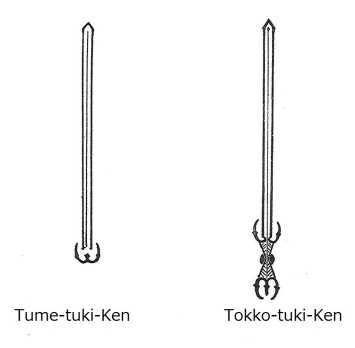 Hamon (刃: Tempered line) —– The narrowly tempered at the lower part gradually becomes wider toward the top.  Then a similar wide Hamon goes into the Boshi area.  Hamon in the Kissaki area is Kaeri-fukashi (turn back deep).  See the illustration below.  Coarse Nie.  O-midare (large irregular Hamon pattern). 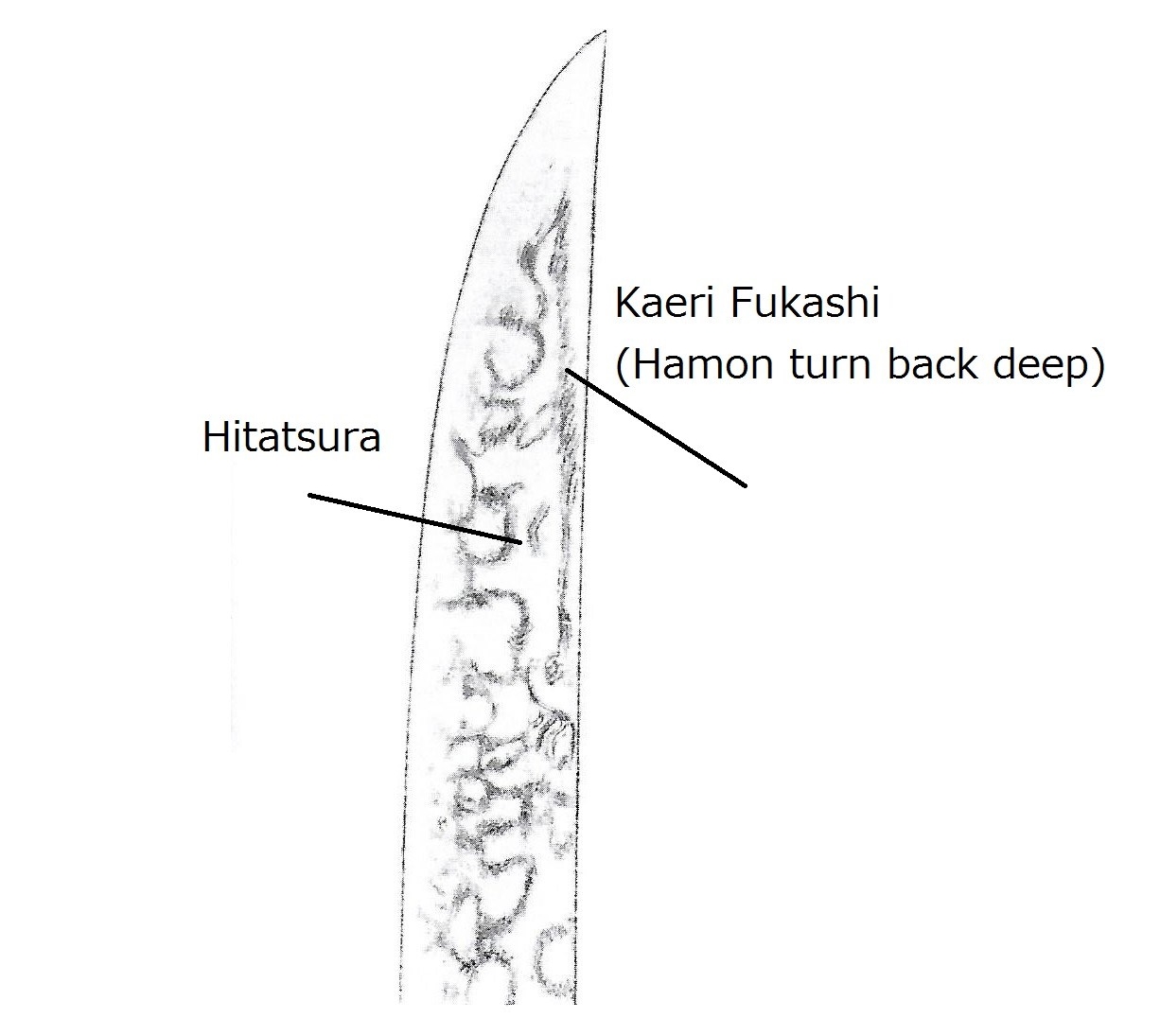 Sugata (姿: Shape)———-The original length of swords was 3, 4, or 5 feet long, but shortened to approximately two and a half feet long at a later time.  A greatly shortened blade is called O-suriage.

The Nanboku-cho style sword has a shallow Kyo-zori (also called Torii-zori).  Refer to Chapter 5 |Heian Period: Swords.  The highest curvature comes around the middle of the body.  A wide-body, high Shinogi, narrow Shinogi-Ji (Refer to Chapter 3 Names of Parts).  The thin Kasane (thickness of the body) is the distinctive feature for the Nanboku-cho style.  High Gyo-no-mune or Shin-no-mune, sometimes Maru-Mune (round back). 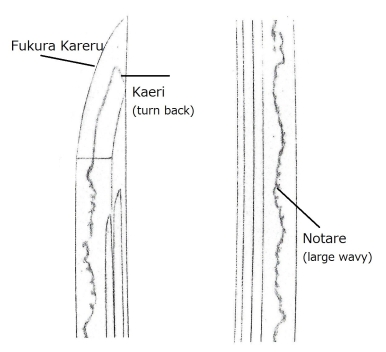 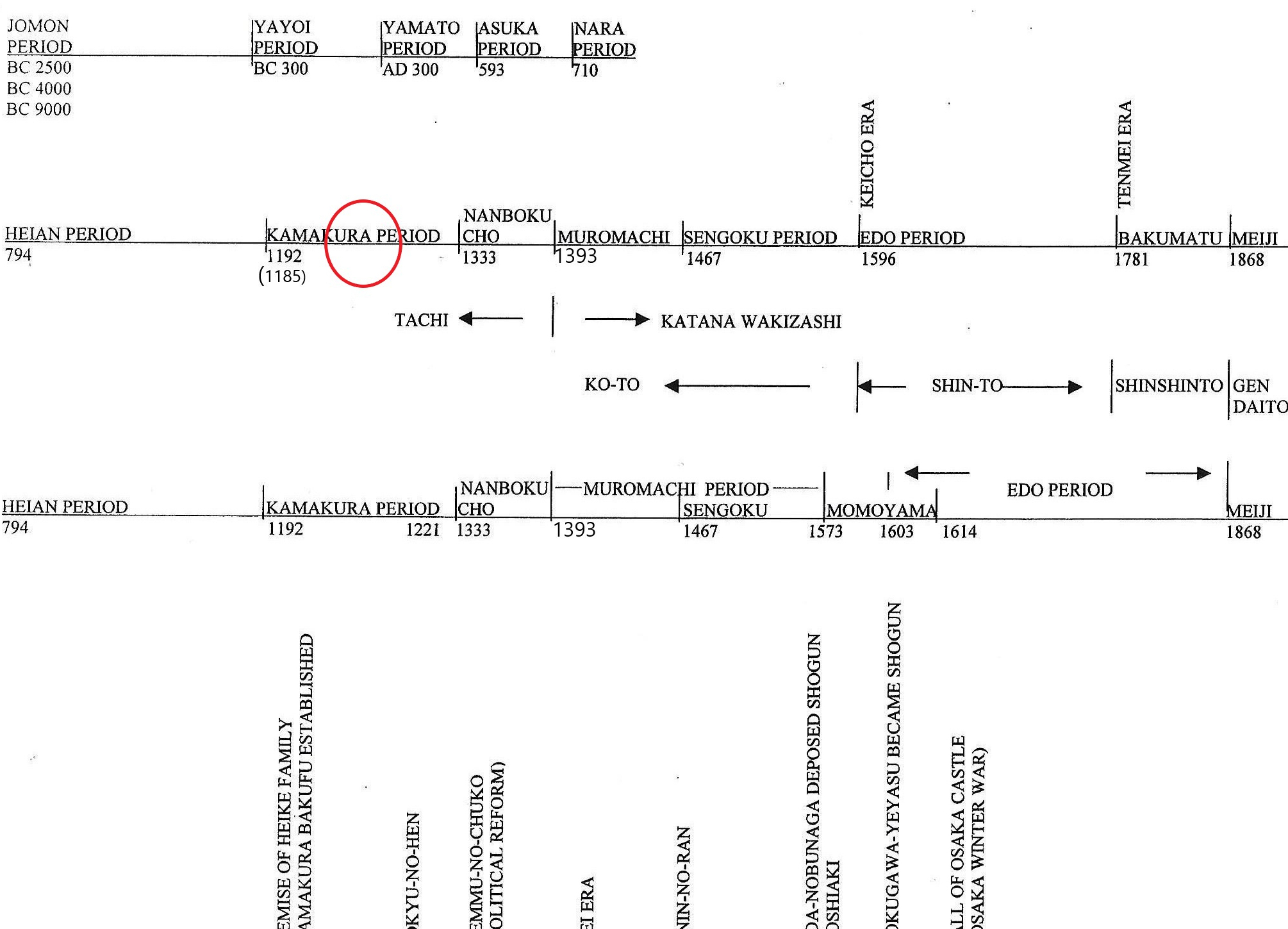 The red circle indicates the area we discuss in this chapter

It is very rare to see a Tanto (短刀dagger) made during the Heian period.  During the middle Kamakura period, a large number of high-quality Tanto were made.  They were called Takenoko-zori shaped Tanto.   Takenoko means bamboo shoot.  The back of the Tanto curves inward slightly. 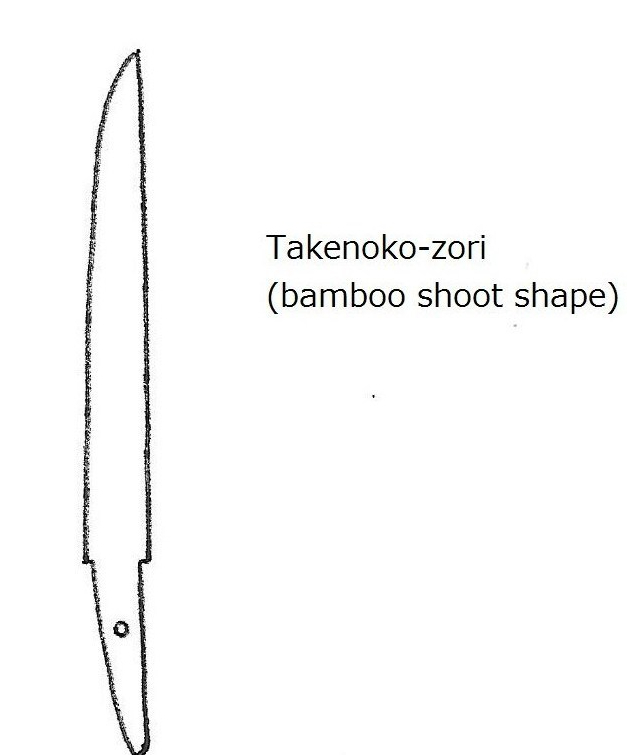 Sugata (shape)———- Hirazukuri.  It means there is no Shinogi, Yokote line.  See the illustration above.  The standard Tanto size is about 10 inches.  The width is not too wide, not too narrow, very well-balanced size.  The body is slightly thick.  High Gyo-no-mune (行の棟) and Shin-no-mune (真の棟) 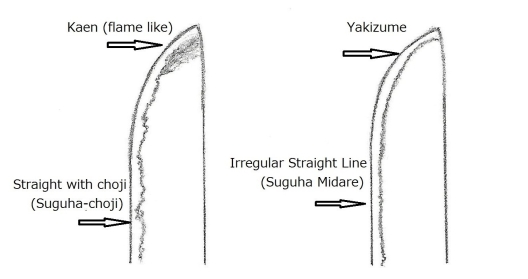 Engravings (彫刻 ) ———- Often, different kinds of engravings are done at the lower part of the body.   These may be a groove or two grooves, Sanskrit,  Suken (spear), dragon, etc.  For Sanskrit and spear, look at the illustration inside Chapter 8. 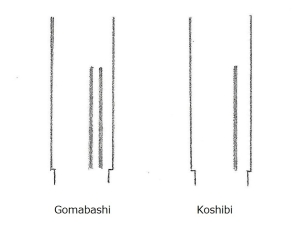 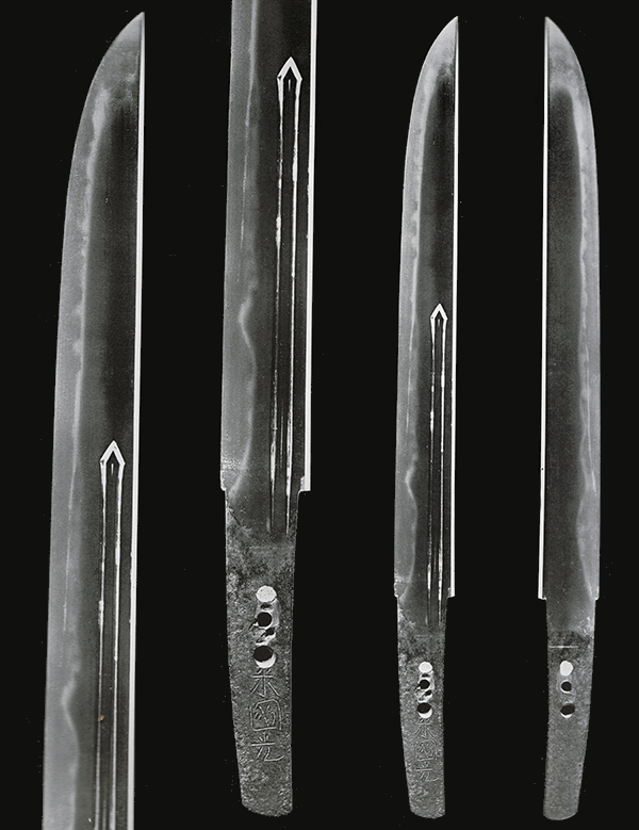