Here are the names of the parts of a sword.  The length of a sword means the length between the tip of the blade and the top of the Nakago (the hilt) as shown in the last figure. The curvature of a sword is an important factor for connoisseurs to appraise the sword because it often indicates the time and region the particular sword was forged. 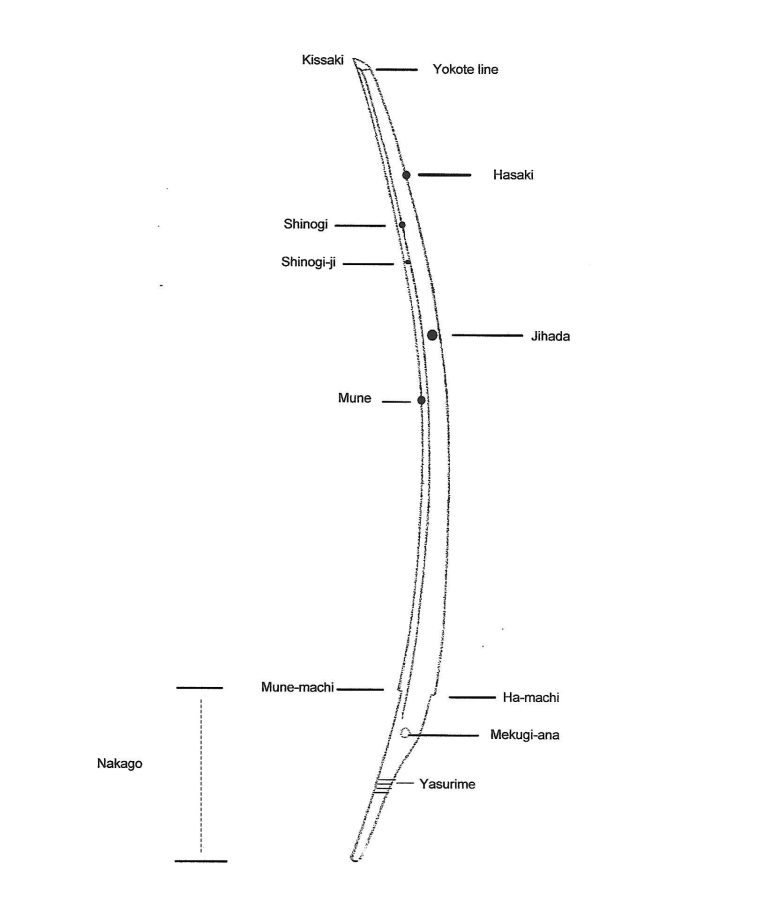