This chapter is a detailed part of chapter 4 Heian Period History.  Please read Chapter 4 before reading this section. 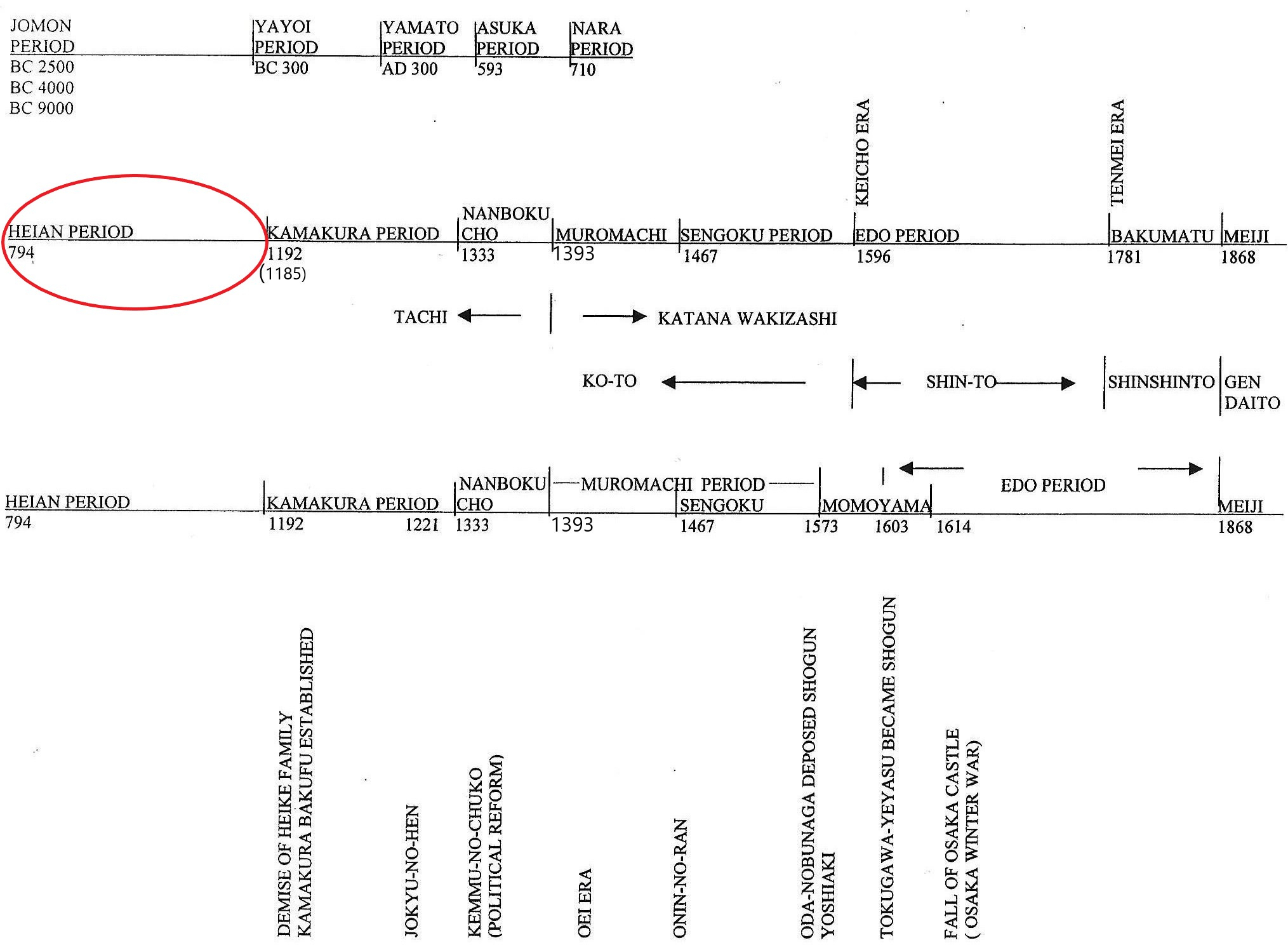 The circle above indicates the time we discuss in this section

Around the middle Heian period, a novel, “Genji Monogatari” (“The Tales of Genji”: 源氏物語) was written by a female author, Murasaki Shikibu (紫式部).  She was an aristocrat court lady.  Her father was Fujiwara Tametoki (藤原為時), a scholar.  There were several novels and essays written by female authors around that time, but “The Tales of Genji” is the worldly known literature as the greatest Japanese literature.  “The Tales of Genji“  is a treasure for the Japanese.  We love this novel so much that the Japan Mint issued 2000-yen bill*ᴵ with a scene from the novel.  See the photo below.  The author herself is printed at the lower right corner on the back of the bill.  The bill is very beautiful that, instead of using it, people just keep it.   Therefore, it does not circulate much.  I have four bills, but I cannot bring myself to use them.  It is too nice to use.

The novel is about Hikaru Genji’s (the hero, 光源氏) love history (yes, history) from when he was about 16 years old until he died.  There are ten more chapters after his death, called “Uji Jyu- jyo.”  This section is a story of his son and grandson.  When he died, the title of the chapter is “Vanishes into the cloud (雲隠れ),” a very poetic title.  The Tales of Genji depicts the aristocratic society’s daily life, customs, lifestyle, and how people think in those days.  Surprisingly, though they did not have the technology we have, the way they thought was not significantly different from us.  The description of the process of courting is in 4 | Heian Period History (平安時代) 794 – 1192.

The author created Hikaru Genji (光源氏), the main character, a high-level aristocrat, an emperor’s illegitimate son.  He was depicted as a most charming, good-looking, smart, and sophisticated aristocrat, and all the women fell for him.  He would go around all kinds of women one after another; a beautiful woman, not so good-looking but very smart, very young, older, even including his stepmother, wealthy or not so wealthy, etc.   It sounds like the story from the tabloid magazine.  Still, Murasaki Shikibu depicted the hero’s and heroines’ thoughts, emotions, daily lives, and how the men thought about the women and vice versa, with her excellent writing skill.  The author, Murasaki Shikibu, wrote this novel to entertain the female audiences in the court where she was living.  It became so popular then that it is said that even the emperor at the time asked her how the next story would develop.  “Genji Monogatari” is translated into English.  You can buy the translated book on Amazon or go to YouTube and search for “Genji Monogatari” or “The Tales of Genji.”   You will find many “Genji Monogatari” in Anime, old TV programs, and old movies in full or short clips.

Another female author, Sei Sho-nagon (清少納言), wrote an essay called “Makura no Soshi “(枕草子)  around the same time.  In it, she described the court ladies’ daily lives.  In one chapter, she mentioned kakigori (shaved ice: かき氷).  High-class people then must have had a chance to eat shaved ice, though the ice was not easy to come by during summer in the middle Heian period.

Once you have the general idea of how the Heian aristocrat life was like, you may realize why the Heian sword is shaped like the way it is.  And it becomes easier to identify a Heian sword from amongst other swords that were made in different times and different provinces than Kyoto.  All sword styles reflect the society where the swordsmiths lived.  During the Heian period, the Yamashiro Den style represented sword style.  In the next chapter, the subject matter is centered around the Yamashiro Den, though there were other sword groups in different regions. 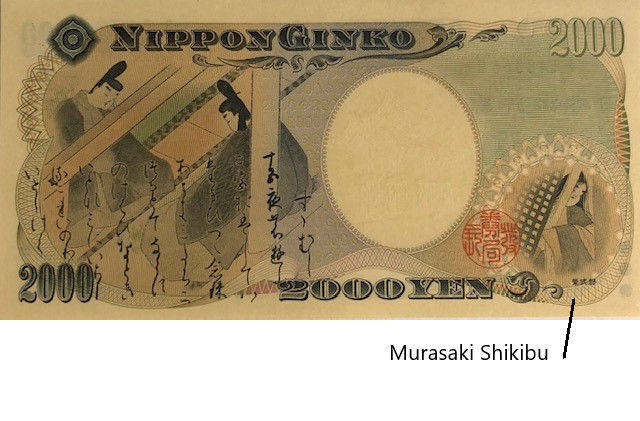 Part of the Burke Album, a property of Mary Griggs Burke (Public Domain)          Paintings drew by Tosa Mitsukuni (土佐光国), 17 century.   The scenes are based on the Tales of Genji