This chapter is a continued part of 18| Nanboku-Cho Period Sword.  Please read Chapter 18 before reading this section. 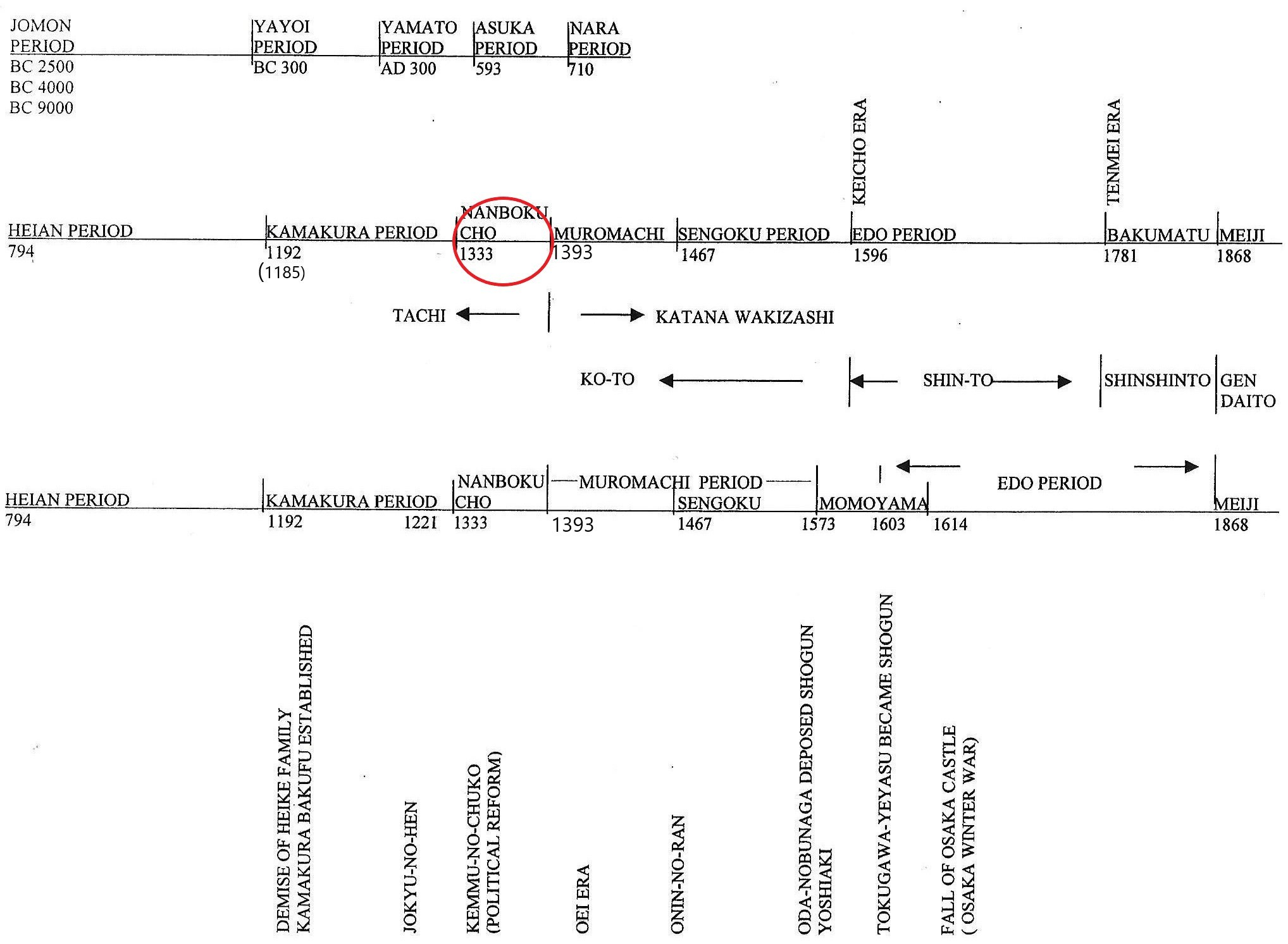 The drawing below is the illustration from Chapter 18 Nanboku-Cho Period Sword .  Please compare this drawing to the photo on the right.  It shows the similarity of the shape.  Keep in mind this illustration is the shape of a once very long sword that was shortened at a later time.   During the Nanboku-cho time, swordsmiths created 3, 4, or even 5 feet long blades, but later, they shortened them to approximately 2 to 2.5 feet or so. 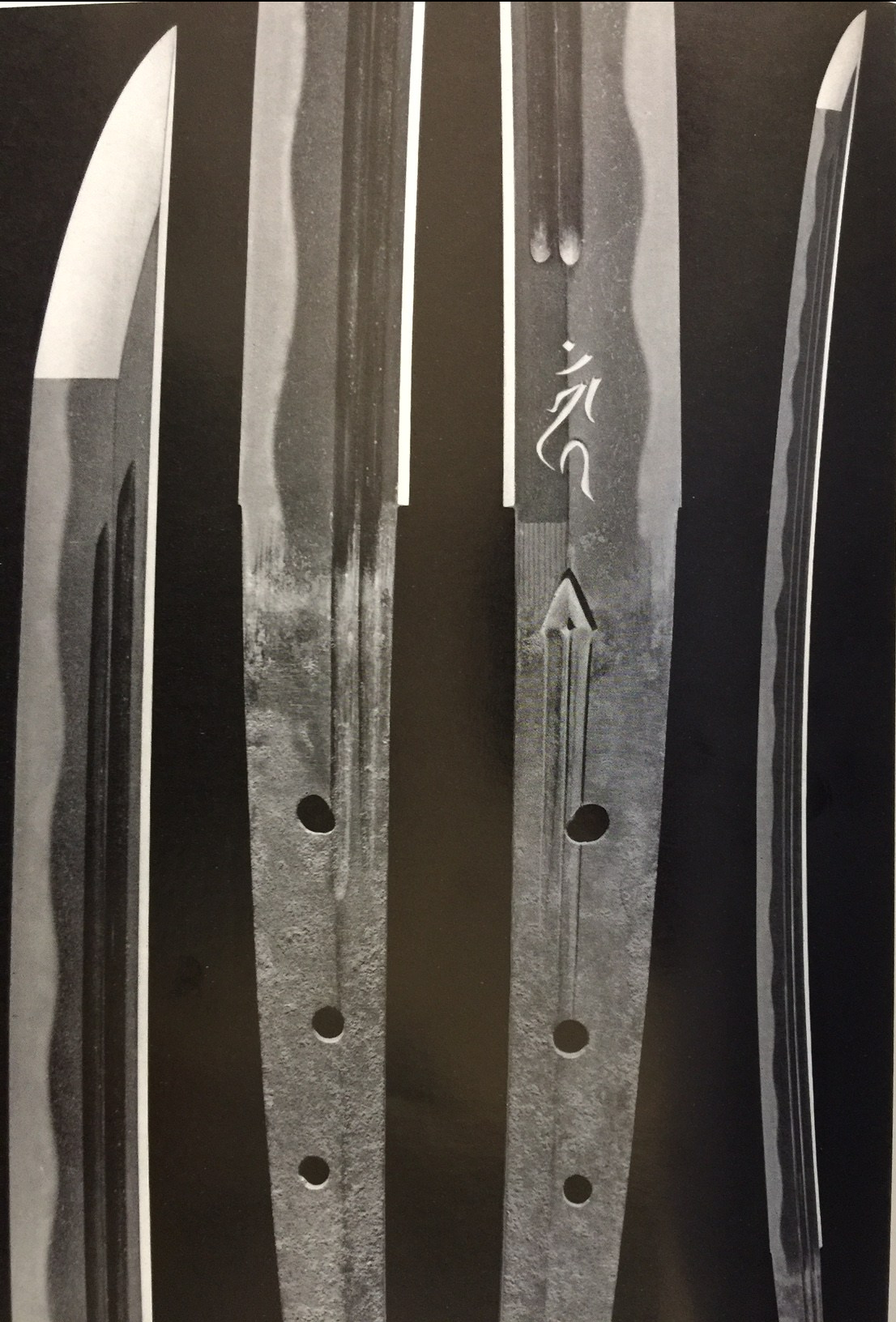 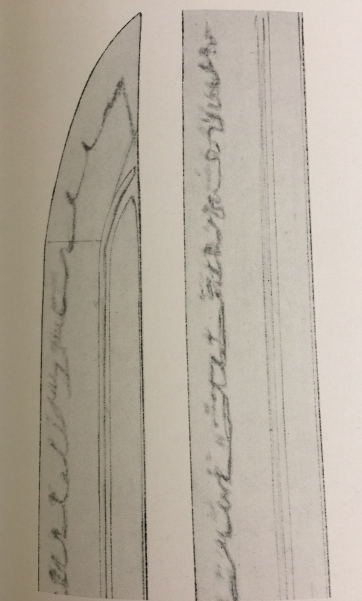 Aoe (青江) is pronounced “A” like apple, “o” like original, and “e” like egg.  Aoe was a swordsmith from Bittchu (備中) province, which is next to Bizen.  Therefore, the characteristics of Ko-aoe (old Aoe) and Ko-bizen (old Bizen) are similar. 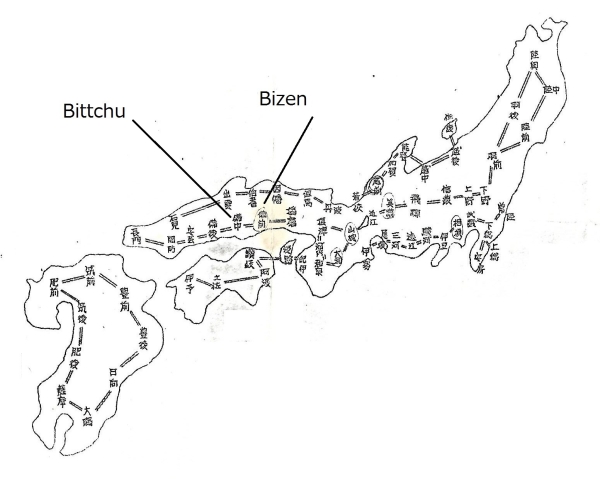 From the middle Kamakura period to the Nanboku-cho period was the height of the Aoe group. One of the characteristics of the Aoe sword is its Aoe-zori shape.  That is to curve a lot at the lower part.

During the Nanboku-cho time, because the Soshu Den was the trendy style, even Bizen swordsmiths did Nie, though their main characteristic was Nioi.   However, the Bittchu group stayed with Nioi.

The tempered area tends to be wide.  Sakasa-choji, which means inverted or backward style Choji (see the illustration above), is the Aoe’s most notable characteristic.  Also, Boshi often has pointed Hamon.  It is often said that if you see Sakasa-choji, the sword has a good chance of being from either the Aoe group or Katayama Ichimonji group.  Sumitetu (澄鉄:  black core metal shows through) is also Aoe’s characteristic.