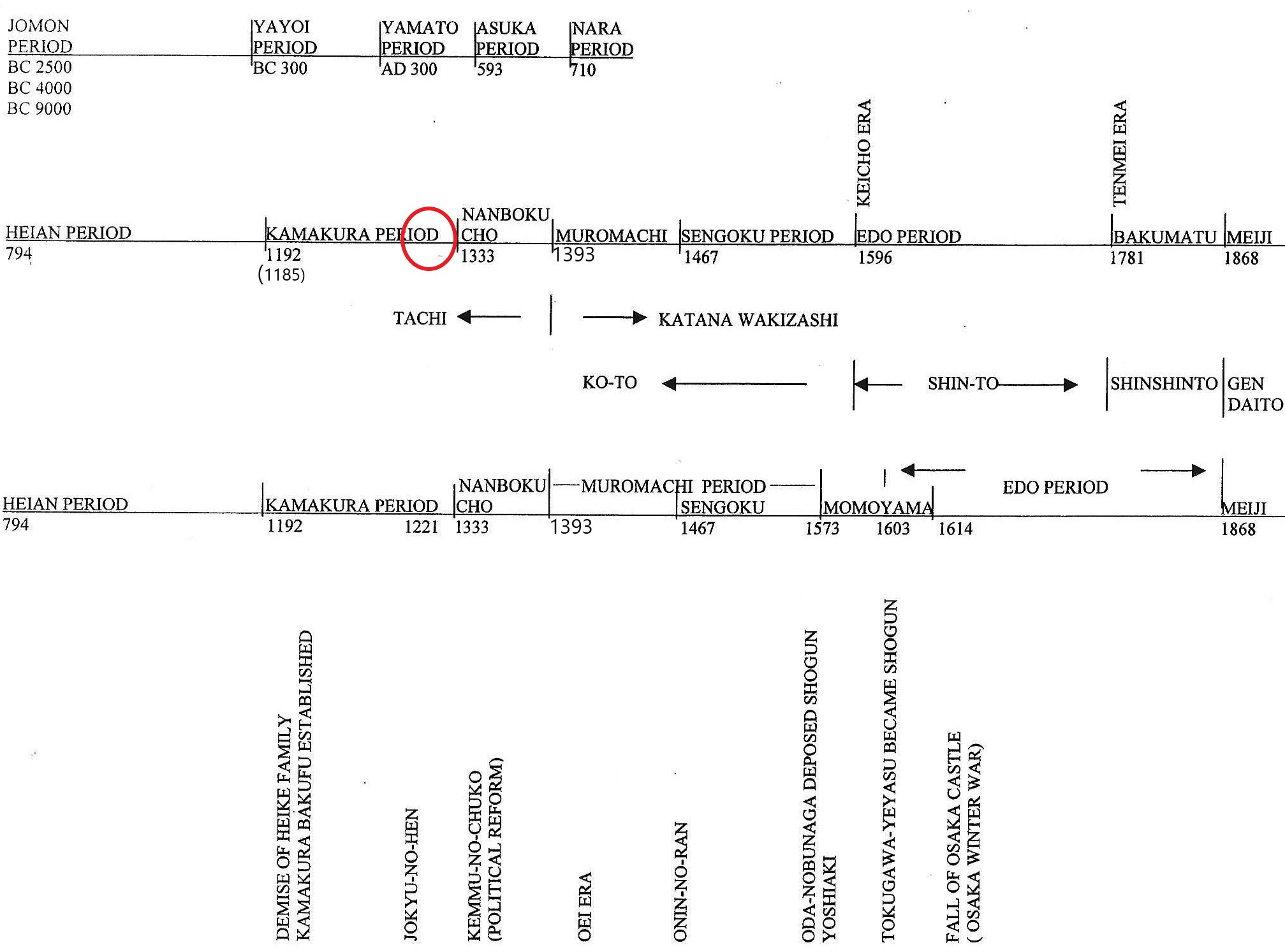 Sugata (Style 姿)—-Three types of Tanto appeared (as below)

Hi (樋:Grooves) and Horimono (彫り物: Engravings)————-Often Hi (groove) shows on the Mune side, sometimes Ken (dagger) and Bonji (Sanskrit) are curved inside the wide Hi.  Refer to Chapter 12| The Middle Kamakura Period Tanto for Hi.

Hamon (tempered line 刃文) ————- Hamon is almost the same as the one on the Late Kamakura period swords.  Refer to 14| Late Kamakura Period: Sword (鎌倉末太刀) .  Some Tanto may have wide Hamon and others narrow.  Often narrow Hamon appears at the lower part,  then wider Hamon at the top.  The work of Hamon around the Fukura area is the widest and most showy. 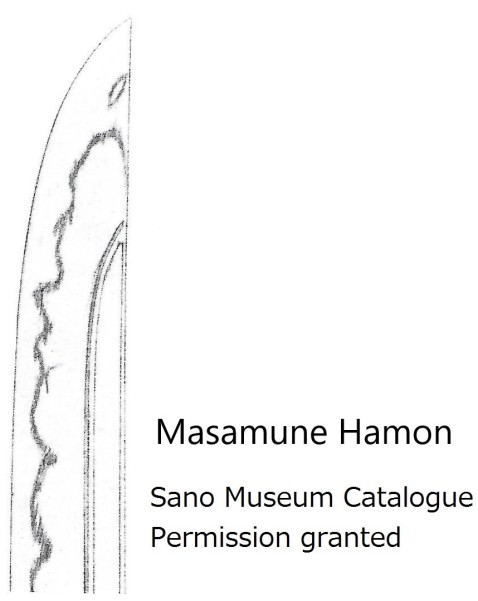 Yubashiri, Chikei both are created by the collection of Nie