This is a detailed part of the 20 | Muromachi Period History.  Please read chapter 20 before reading this section.

The red circleabove indicate the time we discuss in this chapter

Shogun Ashikaga Yoshimitsu created a tremendous amount of profit from trades with China (Ming).  He built a famous beautiful resort villa in Kyoko, the Golden Pavillion (Kinkaku-Ji Temple 金閣寺*).  It is said that he created the Golden Pavillion to display his power and wealth.  The beautiful culture called the Kitayama Bunka (Kitayama culture 北山文化) was created around this time.

*Golden Pavilion (Kinkaku-Ji Tempe金閣寺)  —– The official name is Rokuon-ji Temple (鹿苑寺).  Saionji Kintsune (西園寺公経) built it first as his resort house in the Kamakura period.  Shogun Yoshimitsu acquired it in 1397, and he rebuilt it as his villa.  He also used it as an official guesthouse.

After Shogun Yoshimitsu’s death, the villa was converted to Rokuon-ji Temple.  It is a part of Rinzaishu Sokoku-ji Temple, which is the head temple of a denomination of the Zen sect, Rinzaishu Sokoku-ji group(臨済宗相国寺派).  Kinkaku-ji is a reliquary hall containing relics of Buddha.  Kinkaku-ji Temple represents the glorious Kitayama Bunka (Kitayama culture).  In 1994, it was registered as a World Cultural Heritage Site. https://www.shokoku-ji.jp/kinkakuji/ 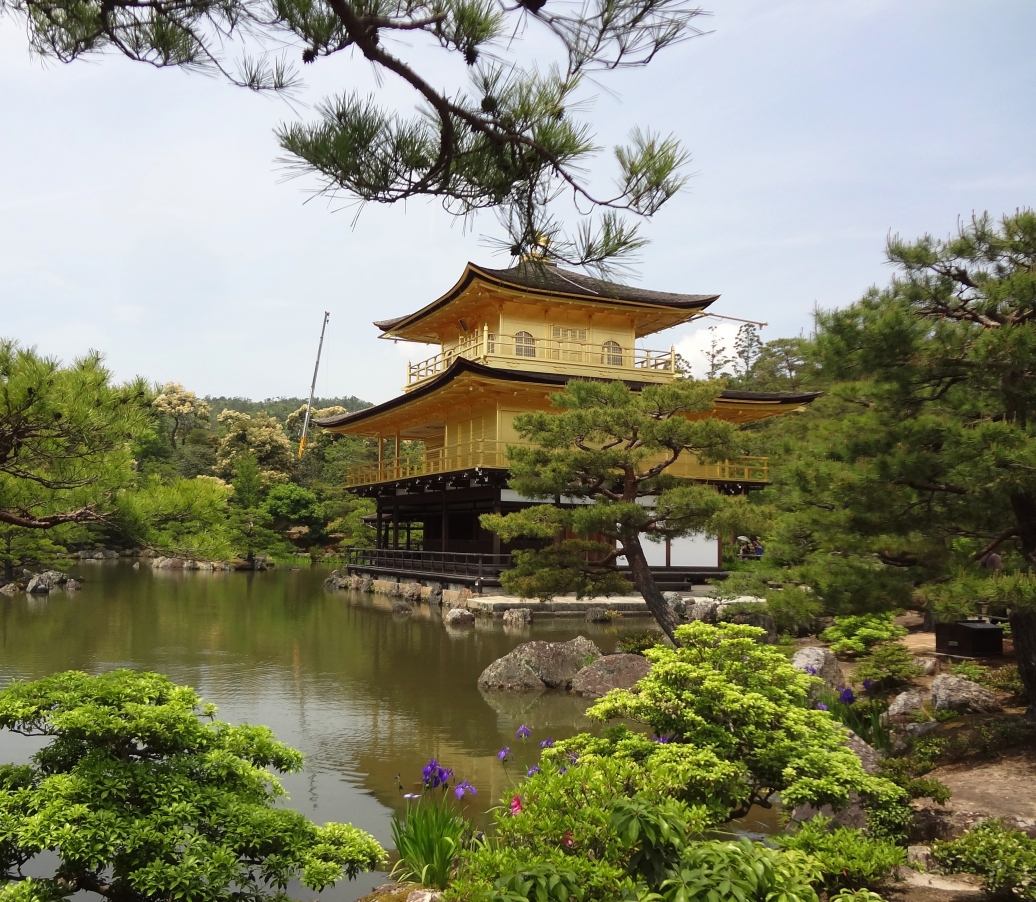 It is said that Shogun Yoshimasa was not interested in his job as a Shogun, but he was much more interested in art and culture.  He created the foundation of today’s Japanese art and culture, such as the Japanese garden, Shoin-zukuri (書院造)* interior design, tea ceremony, flower arrangements, painting, and other art forms.  His cultural attribute is called Higashiyama Bunka (Higashiyama culture (東山文化).

As described in 20|Muromachi Period History (室町時代歴史) , Shogun Yoshimasa did not have a child.  His brother Yoshimi (義視) was supposed to be the next Shogun.  But his wife, Hino Tomiko, gave birth to a son, Yoshihisa (義尚).  Hino Tomiko asked Yamana Sozen (山名宗全; powerful family) to back up her son.  At the same time, brother, Yoshimi, tied up with Hosokawa Katsumoto (another powerful family 細川勝元).  The problem was that Shogun Yoshimasa was paying too much attention to all his cultural hobbies, and did not pay attention to the problem he created by not being clear who should be the next Shogun.  He did not yield the Shogunate to either one.

In 1467, on top of the successor problem, because of other conflicts of interests of other powerful Daimyo, a civil war, “Onin-no-Run (応仁の乱 )” broke out.  All Daimyo were divided and sided either the Hosokawa group or the Yamana group.   Eventually, the war spread to the rest of Japan and lasted over ten years.  Finally, in 1477, after both Hosokawa Katsumoto and Yamana Sozen died, Shogun Yoshimasa decided to transfer the Shogunate to his son Yoshihisa.  Because of this war, Kyoto was devastated.  The power of the Muromachi Bakufu declined significantly.

While all this was happening, and people were suffering, Yoshimasa was still spending money to build the Ginkaku-ji Temple (The Silver Pavillion: 銀閣寺).  He died without seeing the completion of the Ginkaku-ji Temple.  The Onin-no-Run would lead to the next Sengoku period, the 100-year-long Warring States Period).

*Shoin-zukuri (書院造)———- A traditional Japanese residential interior style with Tatami mats, a nook, and a Shoji screen, sliding door.  This style is the base of the interior of the Japanese house today. 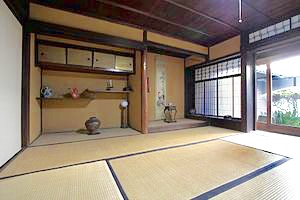 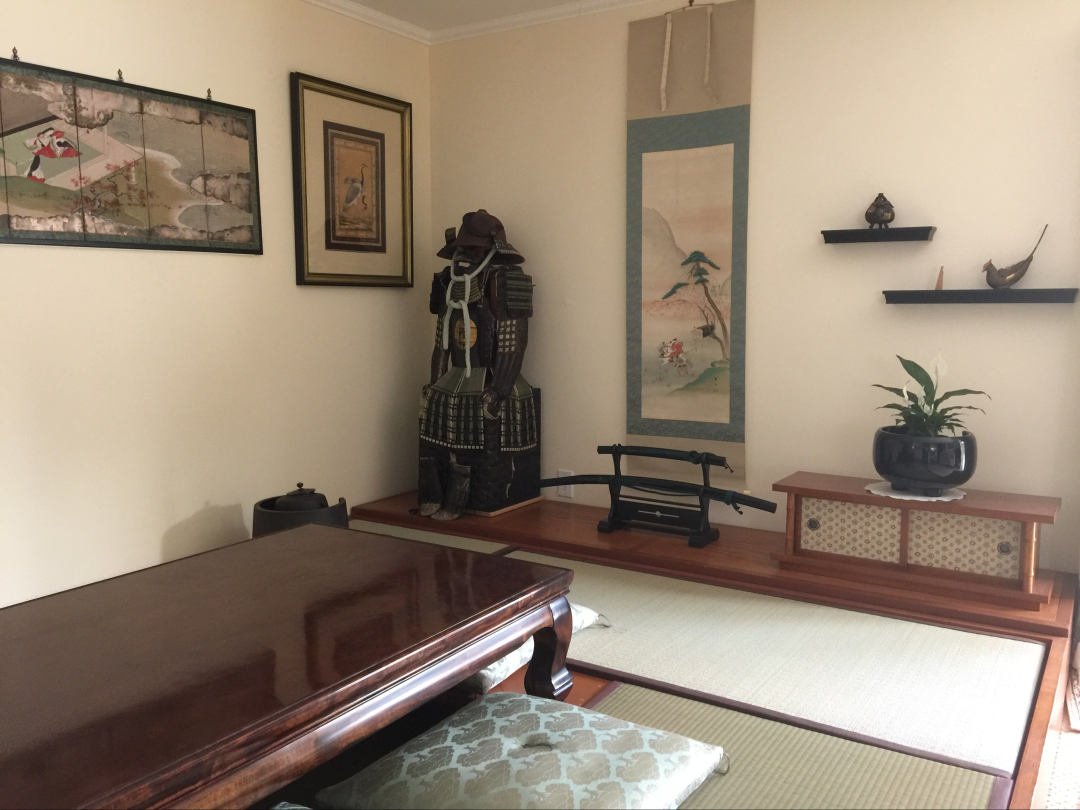