The circle indicates the time we are discussing in this section

Yamashiro school swords have the characteristics as below.

Sugata(shape)—–Generally the width of the blade is narrow, especially around yokote line.  The bottom of the blade has funbari (A-line shape or flares out like the lower part of Eiffel Tower).  Thick Kasane. The type of the curvature is kyo-zori (highest curvature comes around the middle of the sword) or Koshi-zori (lower curvature).  Small Kissaki with fukura (rounded).  Shinogi is high with Gyo-no-Mune (行の棟) or Sin-no-Mune ( 真の棟).

Horimono(Engraving)—–The tip of a Hi (樋, groove) is the exact proper shape.  Sometimes you may see Bonj (Sanscrit) and suken (sword illustration).

Nakago(中心)—–Long and thin with curvature

Hamon(刃文)—– Mostly suguha (straight line), double straight line, straight line with the irregular line.  Sometimes thin gold line shape like the lightning in the sky appears.  The temper line is Nie Base.  Nie and Nioi will be explained in the next chapter. 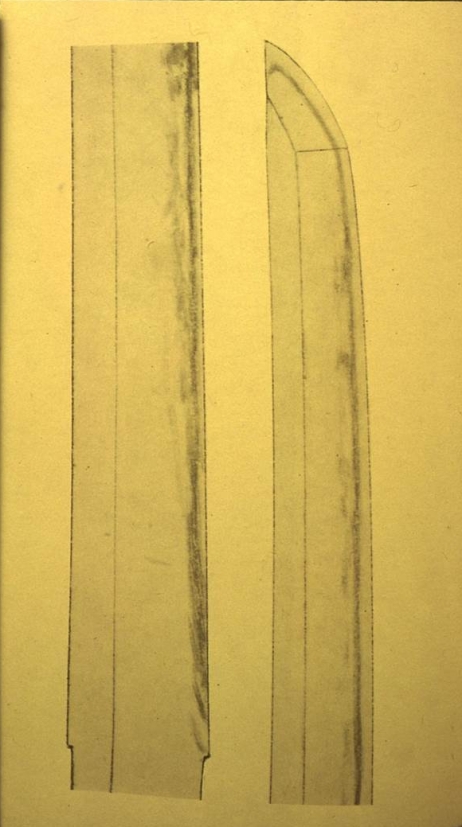 Boshi(鋩子)—–   Small round and large round.

Names of the swordsmiths during the middle Kamakura period

Other provinces who made Yamashiro style at this time