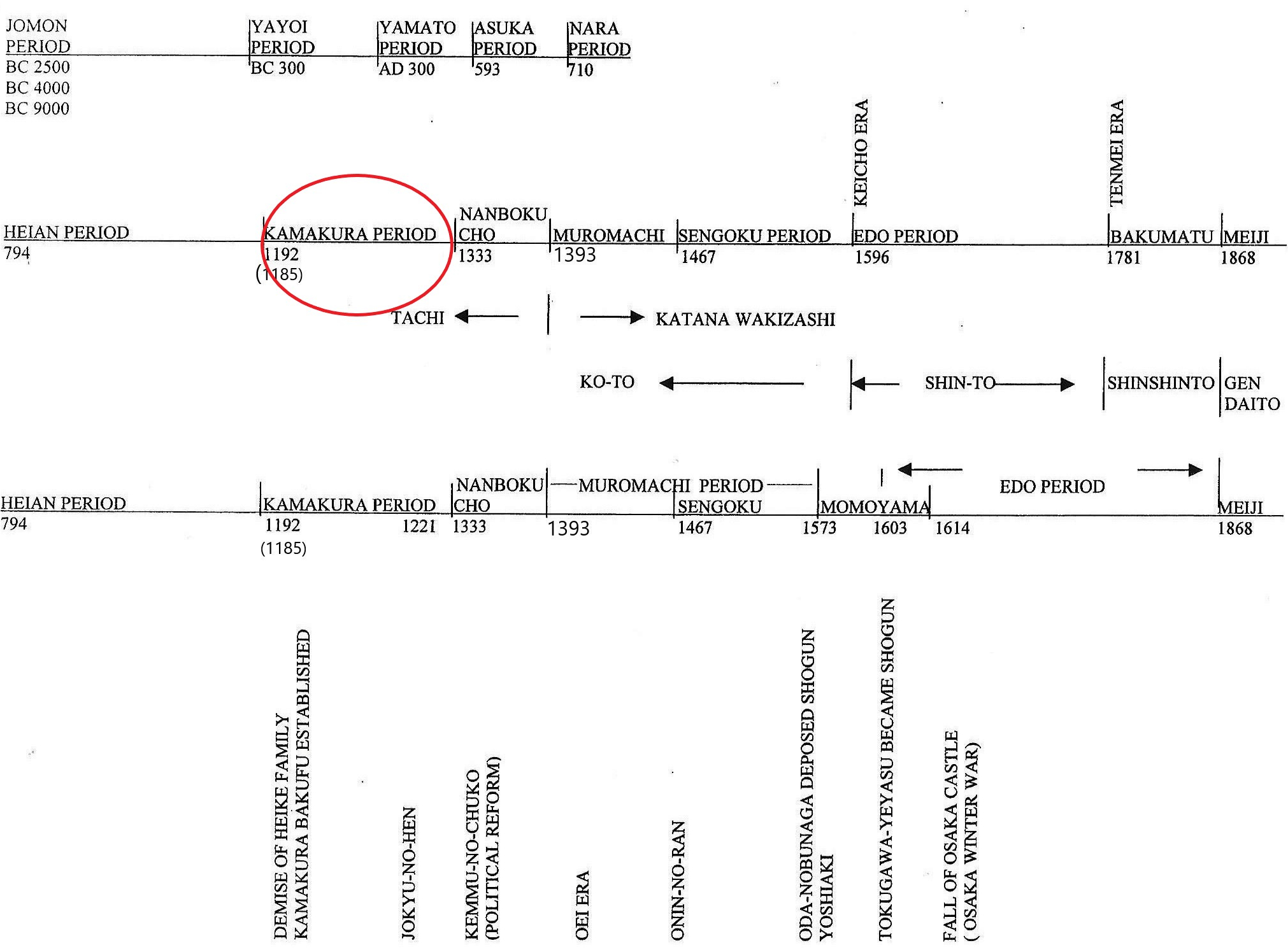 The circle above indicates the time we discuss in this section

In the middle Kamakura period, we have three different styles of the sword to discuss: the Yamashiro Den style, the Bizen Den style, and the Ikubi-kissaki (猪首切先) style, which was new at that time.  We can say that among the Ikubi-kissaki swords, seldom sees the mediocre sword.

The previous section described the Kamakura Bakufu (鎌倉幕府: government) had political and military power, yet the emperor was still on the throne in Kyoto.  Emperor Gotoba raised an army and attacked the Kamakura government to regain political control.  This war (1221) is called Jyokyu-no-Ran (承久の乱).  The war changed the look of swords to a sturdier shape.  This style is what we call the Ikubi-kissaki.

The Late Kamakura Period (after the Mongolian Invasion)

During the late Kamakura Period, Soshu Den emerged in addition to Yamashiro Den and Bizen Den.  After the two Mongolian Invasions called Genko (元寇) in 1274 and 1281, longer and broader swords with longer Kissaki began to appear.  The Soshu Den swordsmiths forged this type of sword

Engravings on a sword in the Ko-to era (Heian to Keicho era) has three purposes.  One is to reduce the weight of the sword.  Hi, Bohi, Gomabashi (wide, narrow, short, or long grooves) are examples.  The second is for religious purposes, for which swordsmiths often carved Buddhistic figures.  The third is for decoration.  In the Shin-to era (from Keicho time and after), it became mainly for decoration purposes.

The figures below are examples of the engravings. 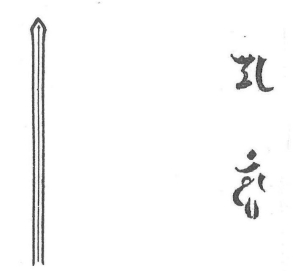