Chapter 60 is a Continued part of Chapter 26 |Over view of Shinto (新刀概要).   Please read Chapter 26 before reading this section. 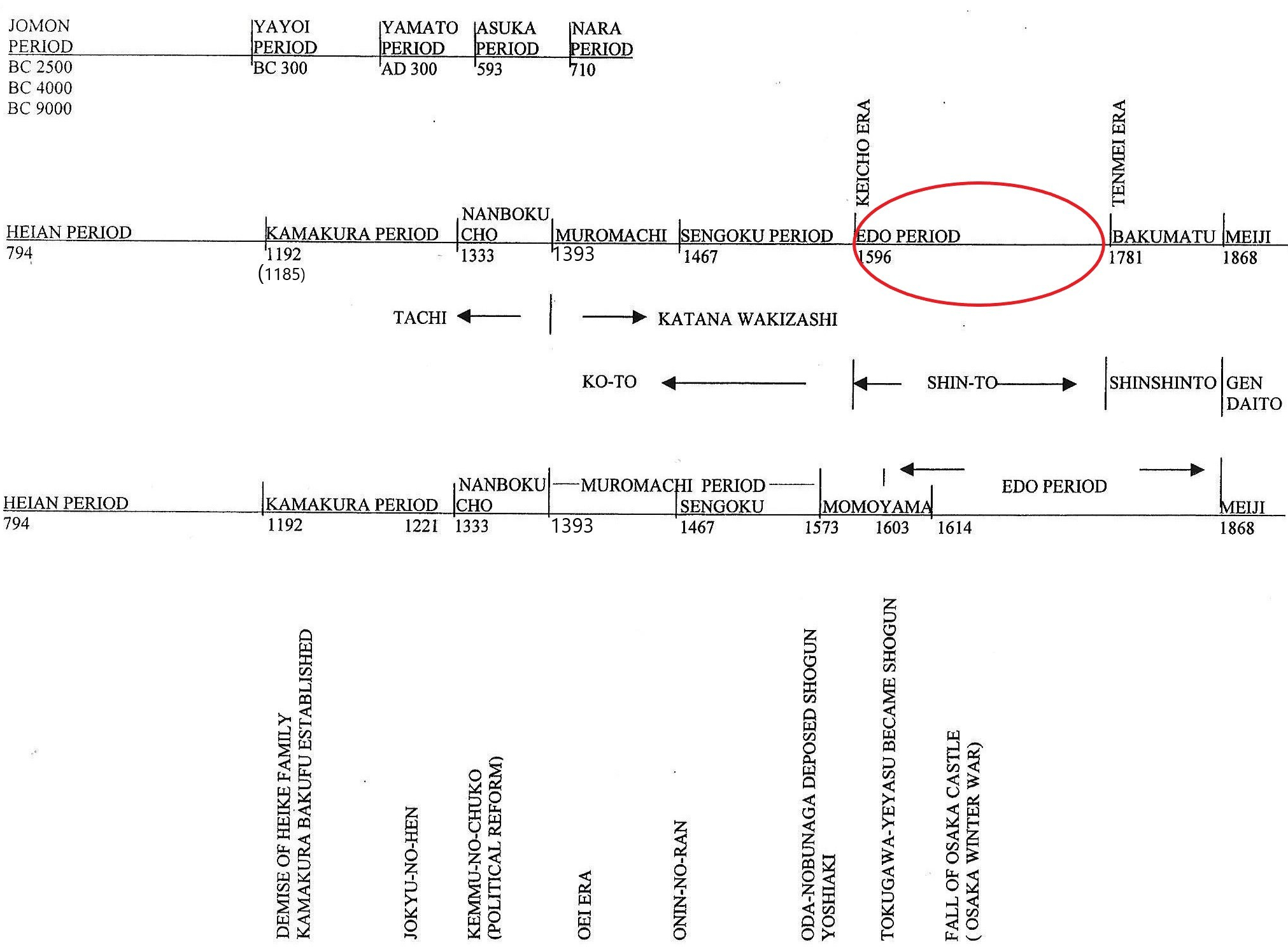 The difficulty of Shin-to Kantei

Regarding the swords during Ko-to time, one can tell the approximate period when they were made by looking at the style and the shape.  Several conditions indicate what period and which Gokaden (五ヶ伝) created the particular sword by looking at several points, like how the Hamon showed or how the Ji-gane appeared.  But with the swords in the Shin-to time, that does not work.

The same is true about the Gokaden (五ヶ伝) during the Shin-to time.  In the Ko-to time, Bizen swordsmiths forged swords with Bizen characteristics.  The blades Yamato swordsmiths made usually showed the Yamato Den characteristics.  But in the Shin-to time, a swordsmith of one particular Den sometimes forged the style of another Den’s features.  As a result, it is hard to determine who forged a specific sword.

For Shin-to, we study the characteristics of seven main locations.  The following chapters will go over them.

In and after the Genroku era (元禄1688 – 1704), some picturesque Hamon became a trendy style.  Some swordsmiths made picturesque Hamon on Wakizashi or short swords.  Since it became very popular, especially among foreigners, most of them were exported outside of Japan around the Meiji Restoration time. Very few are left in Japan today.

The swordsmiths those who made picturesque  Hamon

Below are examples.  Fuji is the Mount fuji design.  Kikusui is chrysanthemum in the water. 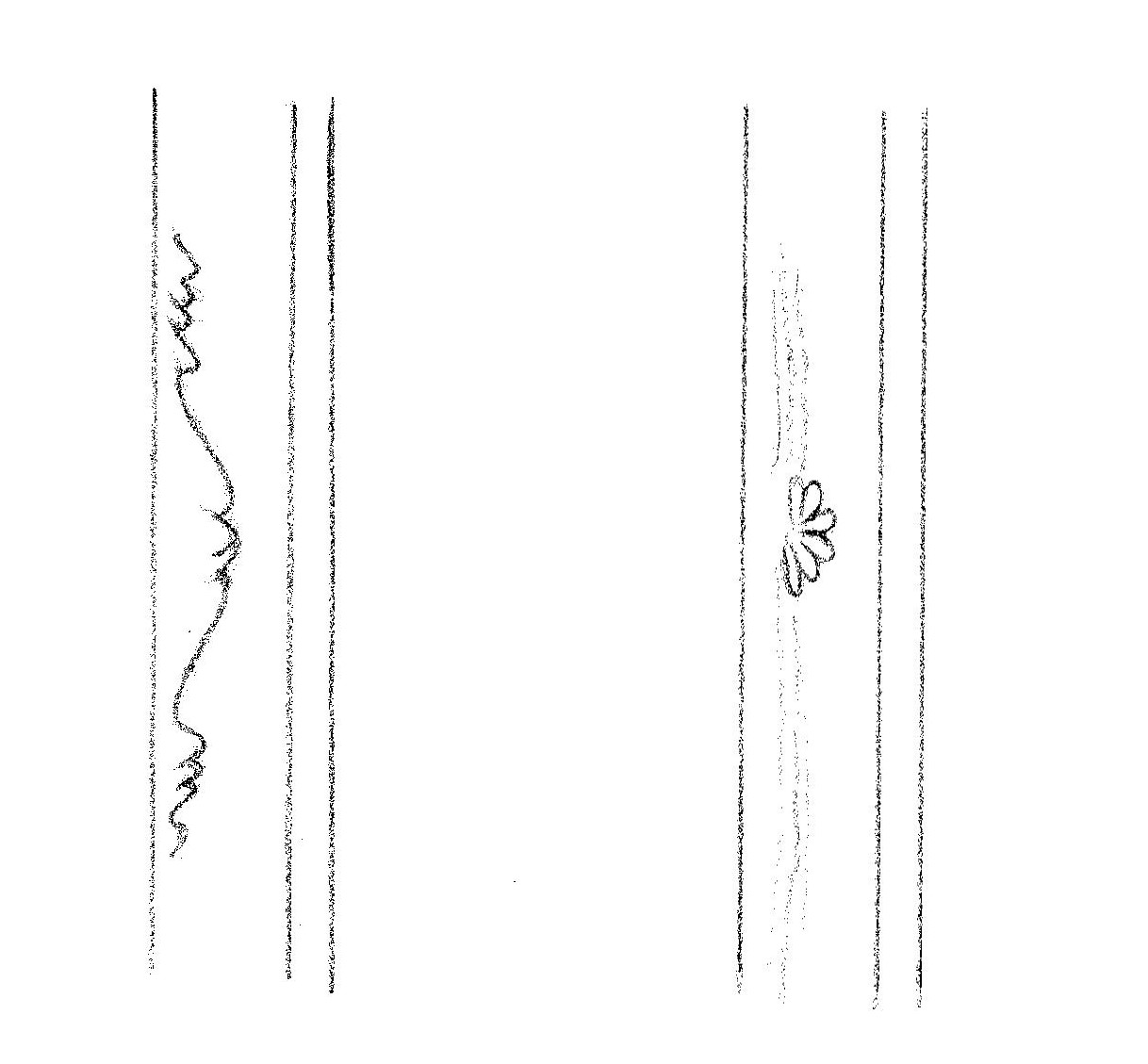