This chapter is a detailed part of Chapter 8| Middle Kamakura Period –Yamashiro Den（鎌倉中期山城伝).   Please read Chapter 8 before reading this chapter. 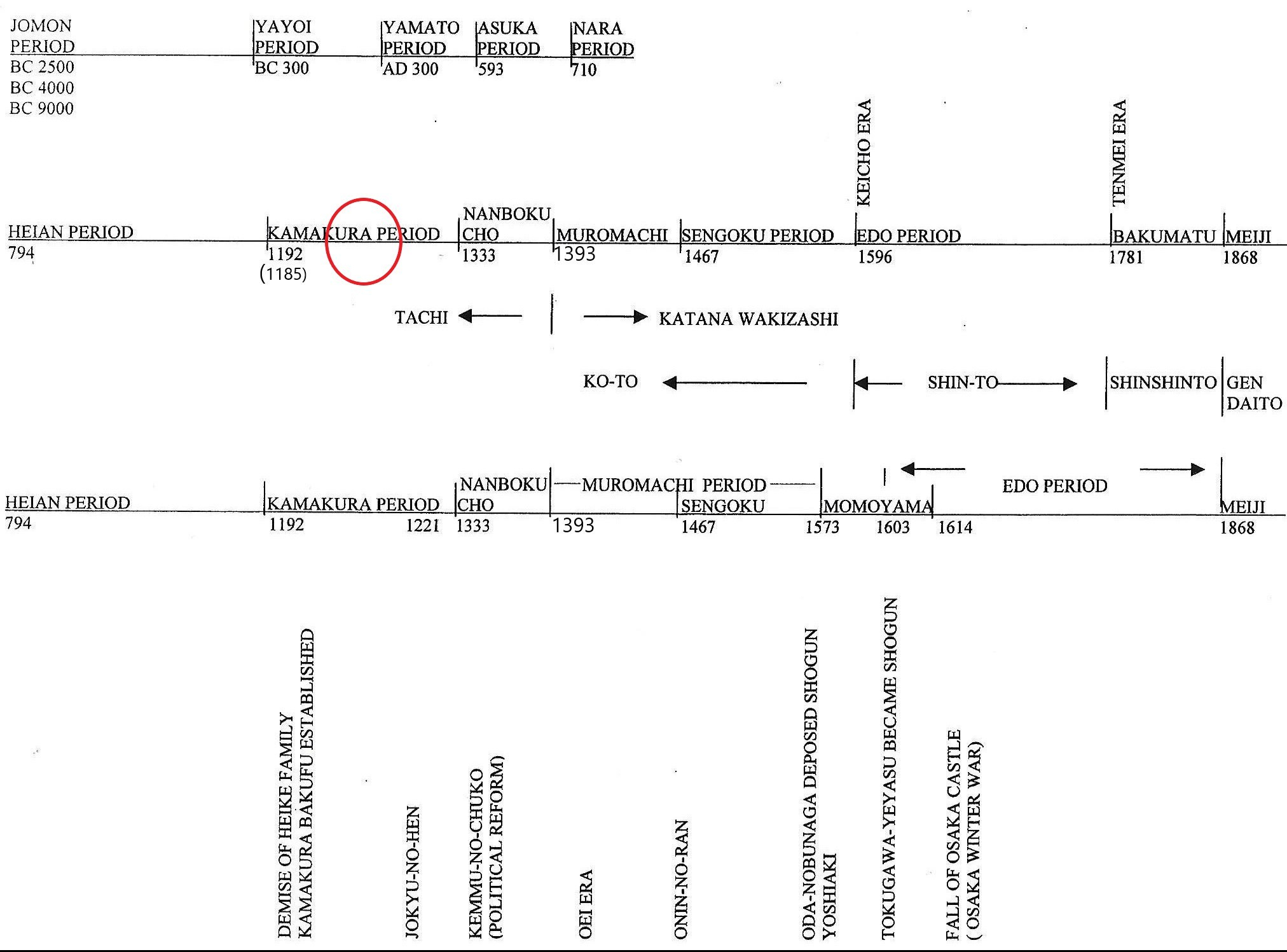 The red circle indicates the time we discuss in this section

During the Middle Kamakura period, there were three main groups among the Yamashiro Den.  They are Ayano-koji (綾小路) group, Awataguchi (粟田口) group, and Rai (来) group.

Many swordsmiths from Awataguchi Ichimon (group) received the honor of the Goban Kaji (meaning top swordsmith) from Gotoba Joko (Emperor Gotoba 後鳥羽上皇 ).  Their general  characteristic is as follows. 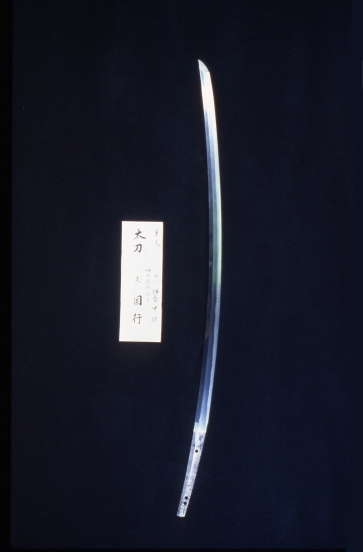 Rai Kuniyuki (来国行）Once my family sword, photo taken by my father with his  writing. 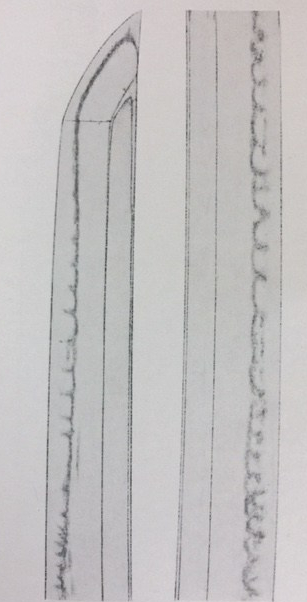